This yummy beer bread is made using my Baking Mix. The dill and chives are not overpowering but add a subtle herby taste. I like to use a mild-tasting beer when I make this so that it doesn't overpower the bread but if you don't want to use beer, you could use unflavored seltzer water. Also be sure to check out the recipe for Onion Caraway Rye Beer Bread. One of the nice things about beer bread is that you can put a loaf of homemade bread on the table in less than an hour! :) 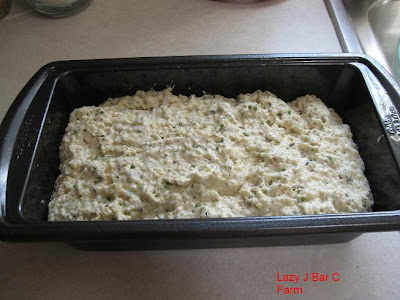 Bake for 45 to 50 minutes or until golden brown. Remove from pan and cool for 10 minutes on a wire rack. 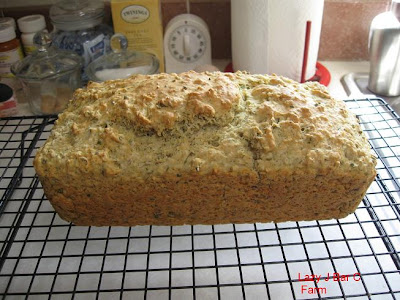 I realize it's only September 16th but this would also make a nice gift for the holidays, either baked or as a mix! Just put the dry ingredients into a ziploc bag, place it in a cute fabric bag, tie with a ribbon and include the directions. 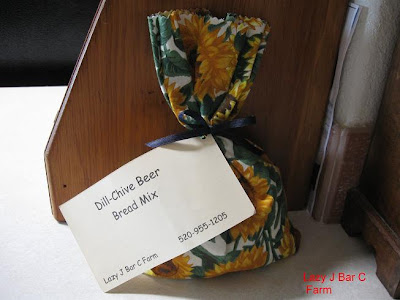 You could also include a soup mix in a jar and a wooden spoon and package it all in a bread pan! 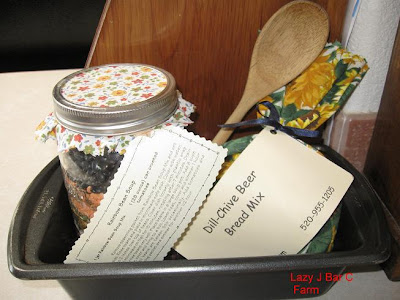 I have found the greatest soup mix in a jar recipes in this book, including the Rainbow Bean Soup shown above. 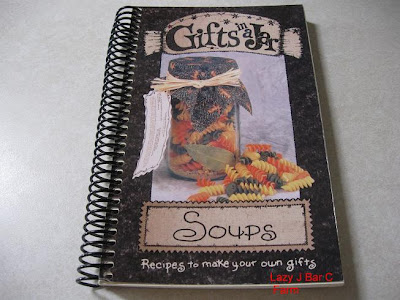 I hope you get a chance to try this recipe and that you enjoy it as much as I enjoyed this piece! :) 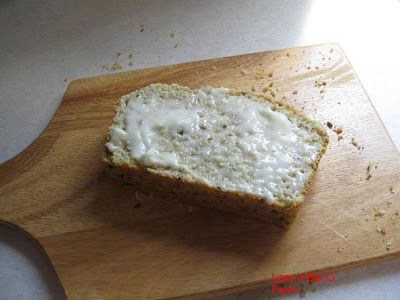 Candy, that looks delish!! I can almost smell it through the screen...lol. Thanks! :)

I agree. That DOES look delicious. I have saved a copy of this recipe for cool winter days. Thanks.

Thanks ladies! :) It does smell really good while it is baking too!

I just printed off your recipe. Thanks for sharing it.

Great Christmas gift idea! I'm going to do this one

Kristina,
You are welcome! Hope you get a chance to try it!

Kathy,
I'm always looking for homemade gift ideas and who doesn't like food? :)